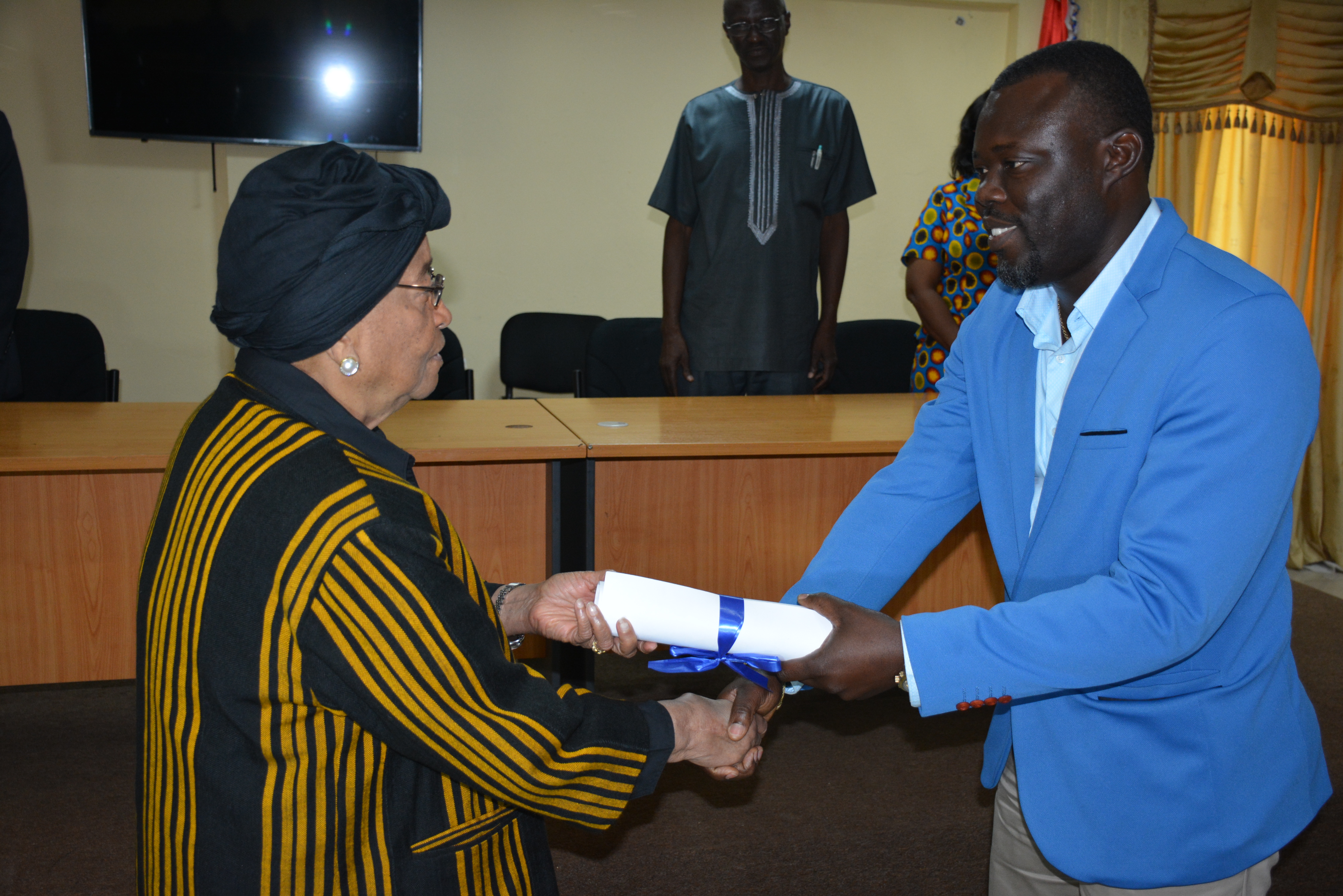 Chairman Korkoya says all is on course

The Liberian leader used the occasion to challenge to the Commission to conduct a free, fair and transparent election come October, when the presidential and Representative Elections are held.

President Sirleaf said the October 10th 2017 elections are a defining moment for Liberia “because the elections will determine whether or not the country goes forward, and promote its democracy or if Liberia moves backward”.

At the same time, the Liberian leader said Liberians still have total confidence in the ability of the NEC to conduct free, fair and transparent election based on the number of successful and transparent By-Elections the Commission has conducted. “We know that the Commission will face challenges, mainly legal difficulties”, president Sirlaf said.

She said the government will continue to provide all the necessary assistance to the Commission to ensure that it successfully execute its constitutional mandate to conduct free, fair and credible elections.

Responding, the honoree, ED Lighe assured the President and Liberians that with the support of the Board of Commissioners and the employees on the National Elections Commission, free, fair and transparent elections is certain, one that will be based on international best practices and a result that will be accepted by the Liberian people.

Lighe promised to always justify the confidence reposed in him by President Sirleaf to serve as Executive Director.

Welcoming the President and delegation to the Headquarters of the Elections Commission on 9th Street, the Chairman of NEC Cllr. Jerome Korkoya said all is moving as planned to conduct free, fair and transparent elections come October 10, 2017.

Chairman Korkoya said the visit of the President of Liberia to the Commission came at the right time for her to be fully updated about the entire electoral process. He said the Commission is grateful to the Liberian Government for the level of support.

After, Chairman Korkoya and the board of commissioners led the president on a tour of the NEC facilities before bidding farewell.