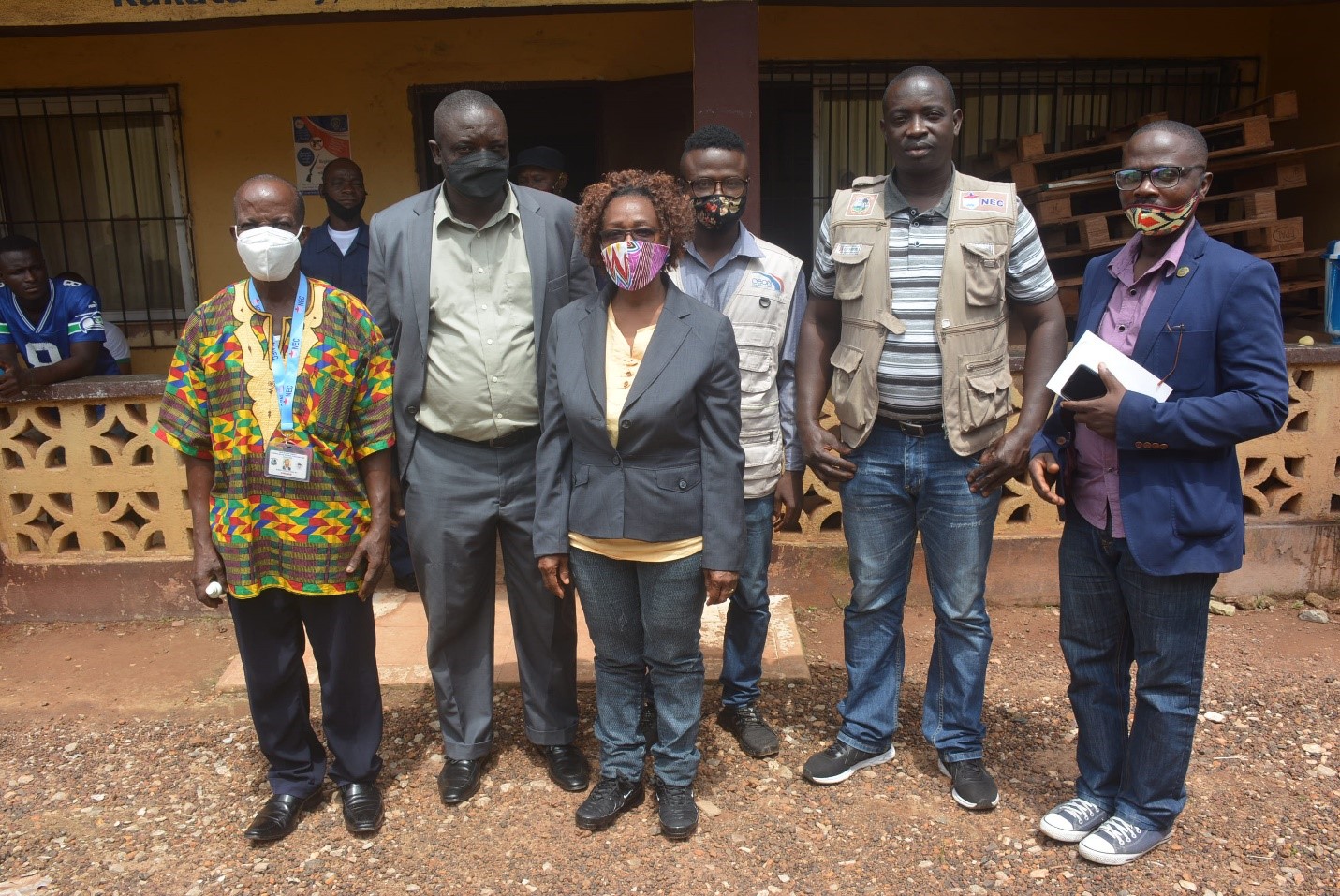 Monrovia……. The Acting Chairperson of the National Elections Commission (NEC) today paid a one-day visit to the Margibi County Magisterial Office in Kakata.

Hon. Davidetta Browne Lansanah’s tour of the NEC sub Headquarters, which comes ahead of the 2020 Special Senatorial Election (SSE) and Constitutional Referendum, served as a support to the work of the NEC staff and their preparedness for the conduct of the upcoming Voter Roll Update in September.

The Acting Chairperson praised the Margibi Magisterial Staff and the Senior Magistrate for their hard work in promoting the image of the Commission through the conduct of transparent and credible elections in Liberia.

She said part of her objectives for the one-day tour was “to understand the challenges facing the Magisterial Office and how effective She as Oversight Commissioner for the County could help to alleviate those challenges”.

She said the assessment was to also see the renovation of the warehouse, the construction of the office and the generator houses, as well as the fencing of the entire Magisterial Office by the United Nations Development Program (UNDP) Technical Assistance team in Liberia.

Earlier, the Senior Magistrate of Margibi County, Fomba Swaray, briefed Commissioner Acting Chairperson Lansanah and delegation on the challenges facing the local office and the assessment done of Polling Centers in the County.

Magistrate Swaray spoke mainly of complaints on the Commission’s failure to address payments of damaged properties after the conduct of past elections and the unwillingness of some large Precincts or Voting Centers to allow NEC to use their facilities. Among the Centers complaining are Dwuozon, Rock International, and WODA.

The one-day assessment tour also took the Oversight Commissioner and delegation to other Precincts, including the St. Augustine Episcopal Mission School and the Conquerors Pentecostal Church.