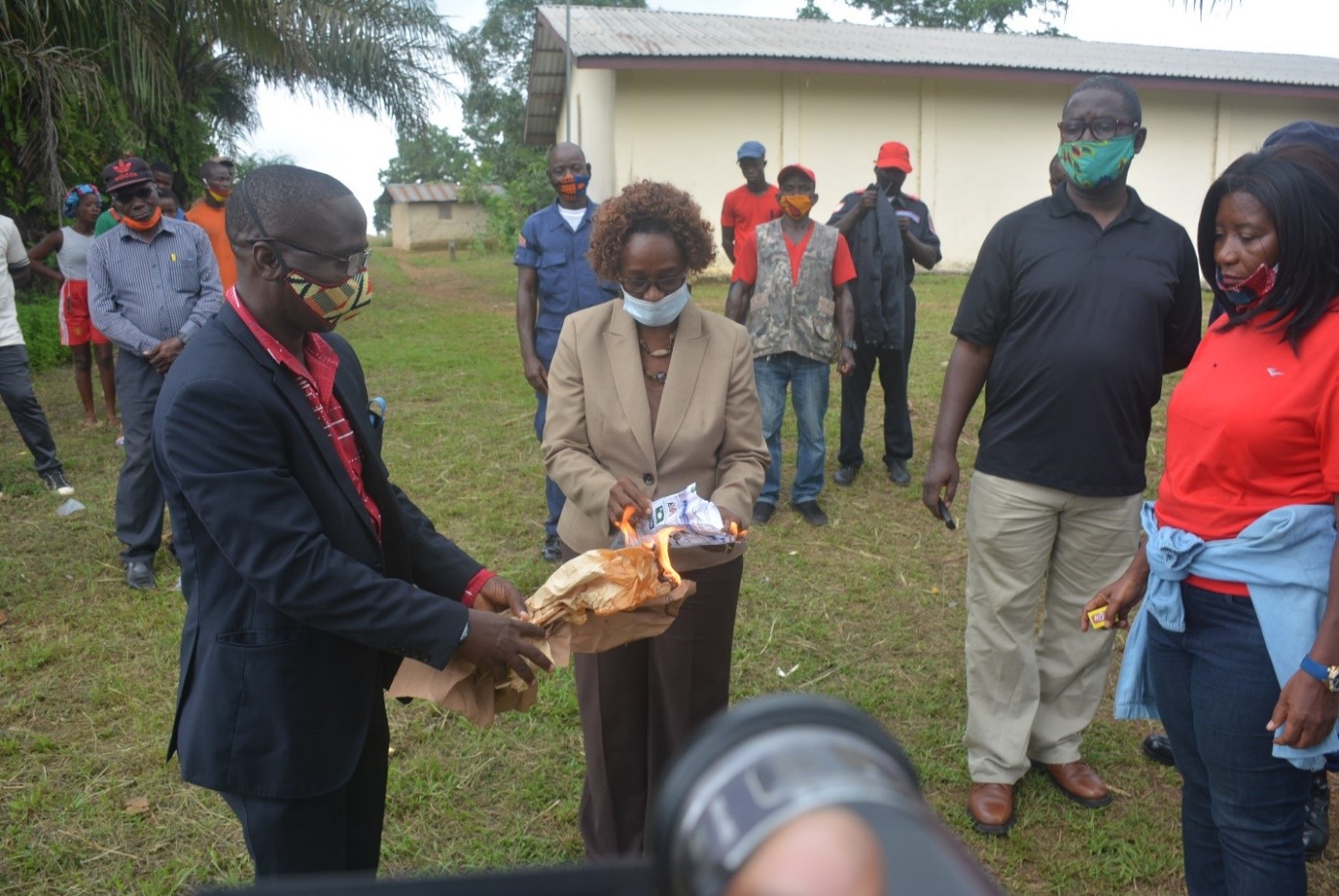 Monrovia, 13 July 2020……..The National Elections Commission (NEC) today climaxed the burning of the 2017 elections materials at the Upper Montserrado Magisterial Office in Bensonville.

The exercise is in line with the New Elections Law of 1986 stipulating that, “the Commission shall preserve all writs issued for election, and all ballots casts and register of voters made in an election until the validity of such election and its result can no longer be disputed. The ballot papers may then be destroyed.”

Hon. Lansanah said, “used elections materials that are no more needed must be removed from the warehouses to make way for incoming new election materials.” She appreciated the senior magistrate and staff for their hard work, and others who graced the occasion.

Earlier, the Senior Magistrate of Upper Montserrado County, James Cordor, said the burning of the used elections materials puts him on par with other magisterial offices whose warehouses are already cleared of 2017 elections materials.

The Commission, a few months ago, commenced the burning exercise throughout the 19 Magisterial Offices in Liberia, clearing all the warehouses of used materials. Today’s burning exercise saw used 2017 elections materials, kept at the Commission’s foremost warehouse at the Monrovia Headquarters, being burned.

The materials were taken from the NEC Headquarters in Monrovia to Bensonville for the exercise.

Furthermore, to improve storage and security of election materials, the Commission, with support from the UNDP-led Elections Project, implemented in partnership with the EU, Ireland, Sweden, and Canada, embarked on renovation of 12 out of 19 magisterial warehouses. All work is to be completed by early August, in time to receive materials for the upcoming voter registration exercise.